The gravestone of Pho Khanh Pagoda (Ai Nghia Village Pagoda, Dai Hoa Commune, Dai Loc District) in Mau Ngo, the third Vinh Tri, the Le Hy Tong (1678) was a "Huynh" The concept ". Thus, it can be seen in Quan Khai commune, in the 17th century, there was stone carving. Quan Khai commune, which is a village in the area Non Nuoc - Ngu Hanh Son today. It also allows us to think that the beers are no longer readable in the Footsteps of the Gods, the beers of "Putuo Mountain Spirit" and the "Five Ages Paintings of the Buddha of Destruction" on the cliffs of Huayan and Van At Thuy Son, the names of mountains and caves in Non Nuoc - Ngu Hanh Son can also be attributed to the stone workers of Quan Khai commune. 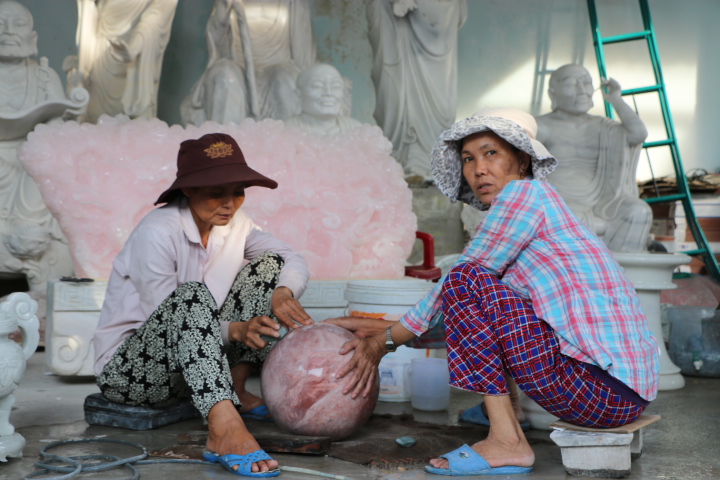 At present, in Hoa Hai ward, there is "Thach Nghe" and the 6th day of the first lunar month is the anniversary of the death of an ancestor. There is a document says he Non Nuoc stone - Ngu Hanh Son is called Huynh Ba Quat but has not been verified. The first stone workers came from Thanh Hoa and settled in Quan Khai village. At that time around Ngu Hanh Son, there were no inhabitants of the village. Later, due to the development of the scenic area and also near the source of raw materials and places of trade village goods gradually moved to near the foot of the sea and formed a completely residential area along the Le Van Hien Street. And Princess Huyen Tran. At present, there are more than 150 households working in the production and trade of stone art. 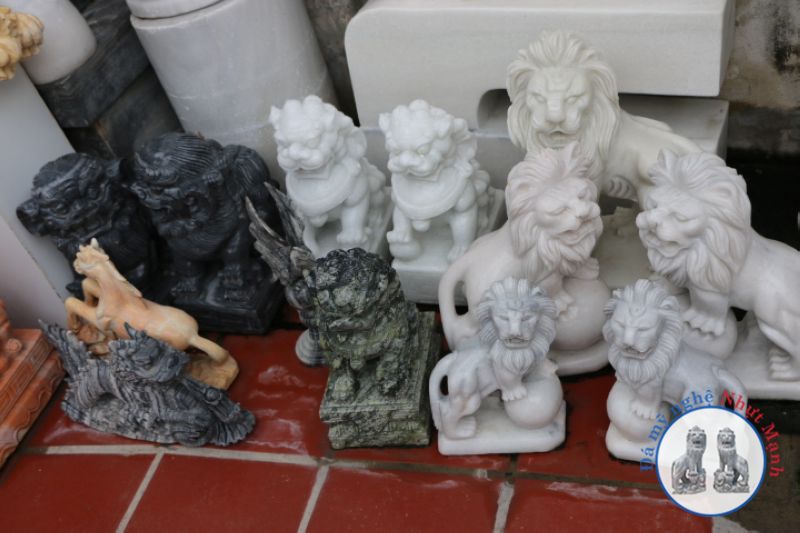 Non Nuoc Marble Handicrafts - Ngu Hanh Son is very diverse and rich. Besides the common and rudimentary utensils of everyday life such as pestle, mortar, tombstones are very beautiful, delicate, full of colors, decorative items, Office supplies such as bracelets, rings, beads, frog-shaped blue toads, lion pairs, wide wings, Pink roses or aqua wear, etc. The statues are extremely delicate, of all sizes, from the statues only about a few centimeters high to the giant statues higher than real people. The fine art of Non Nuoc stone village - Ngu Hanh Son is a significant memorial of the scenery has followed the visitors present in many parts of the world. 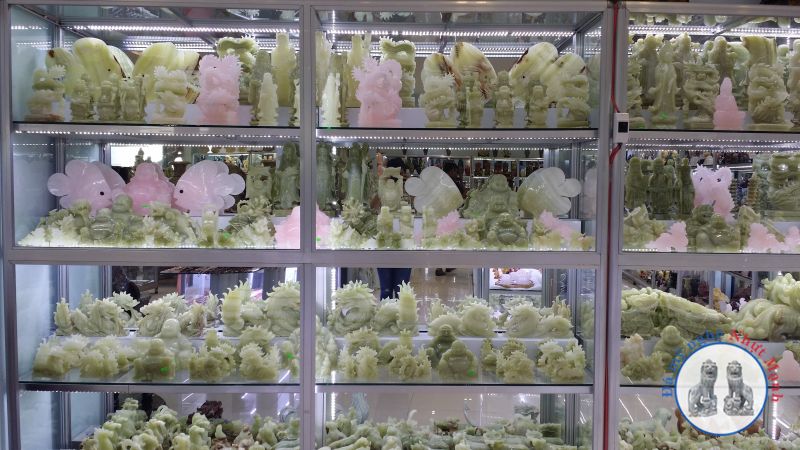 At first, Non Nuoc Stone Marble was only trained according to the craft and mainly based on experience and memory. But gradually, later, due to the growing demand for artisans, there were in-house training courses and there were those who sent their children to study in the local art colleges. Nowadays many artists have specialized in the combination between traditional and modern.

Perhaps no one came to Ngu Hanh Son without visiting the Non Nuoc fine art village. It is a place where marble arts and crafts are famous both at home and abroad.

Please visit the products on the website, if there is a need to order please CONTACT US. Sincerely thank!